These signals are also used on other high-speed roads.

You MUST NOT proceed further in this lane 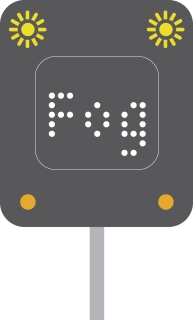 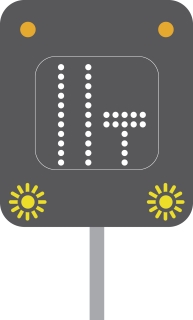 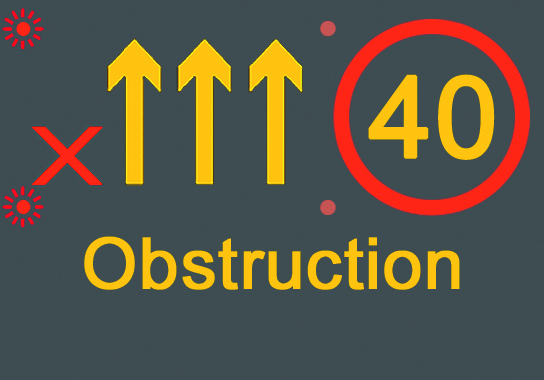 You **MUST NOT** enter or proceed in the left lane, temporary mandatory maximum speed limit and information message 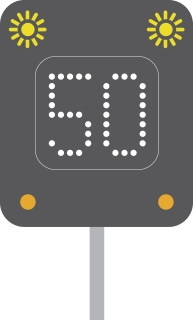 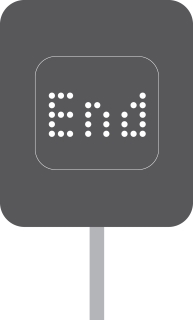 You MUST NOT enter or proceed in the left lane, temporary mandatory maximum speed limit and information message

RED means ‘Stop’. Wait behind the stop line on the carriageway

RED AND AMBER also means ‘Stop’. Do not pass through or start until GREEN shows

GREEN means you may go on if the way is clear. Take special care if you intend to turn left or right and give way to pedestrians who are crossing

AMBER means ‘Stop’ at the stop line. You may go on only if the AMBER appears after you have crossed the stop line or are so close to it that to pull up might cause an accident 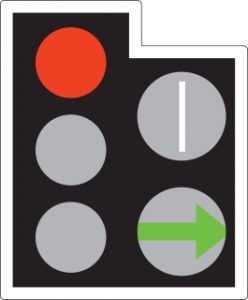 Overhead electric lines. Tramway overhead wires are normally 5.8 metres above any carriageway, but can be lower. You should ensure that you have sufficient clearance between the wire and your vehicle (including any load you are carrying) before driving under an overhead wire. Drivers of vehicles with extending cranes, booms, tipping apparatus or other types of variable height equipment should ensure that the equipment is fully lowered. Where overhead wires are set lower than 5.8 metres, these will be indicated by height clearance markings – similar to ‘low bridge’ signs. The height clearances on these plates should be carefully noted and observed. If you are in any doubt as to whether your vehicle will pass safely under the wires, you should always contact the local police or the tramway operator. Never take a chance as this can be extremely hazardous.

All road users, but particularly cyclists and motorcyclists, should take extra care when driving or riding close to or crossing the tracks, especially if the rails are wet. You should take particular care when crossing the rails at shallow angles, on bends and at junctions. It is safest to cross the tracks directly at right angles. Other road users should be aware that cyclists and motorcyclists may need more space to cross the tracks safely.

Always give priority to trams, especially when they signal to pull away from stops, unless it would be unsafe to do so. Remember that they may be carrying large numbers of standing passengers who could be injured if the tram had to make an emergency stop. Look out for people getting off a bus or tram and crossing the road.

Look out for pedestrians, especially children, running to catch a tram approaching a stop.

Tram stops. Where the tram stops at a platform, either in the middle or at the side of the road, you MUST follow the route shown by the road signs and markings. At stops without platforms you MUST NOT drive between a tram and the left-hand kerb when a tram has stopped to pick up passengers. If there is no alternative route signed, do not overtake the tram – wait until it moves off.

You MUST NOT park your vehicle where it would get in the way of trams or where it would force other drivers to do so. Do not stop on any part of a tram track, except in a designated bay where this has been provided alongside and clear of the track. When doing so, ensure that all parts of your vehicle are outside the delineated tram path. Remember that a tram cannot steer round an obstruction.

If you would like to join the IAM then visit the IAM RoadSmart website www.iamroadsmart.com When you have done this and wish to join our Colchester Group please contact us using the form below